Why Being Wrong Matters 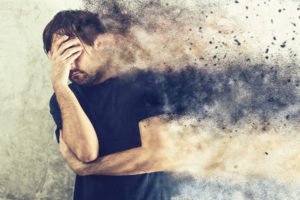 Have you ever been wrong?  Ever had that moment of “Wow! I really misjudged that situation” or “Yikes! I just cut that person off in mid-sentence” or even “Ugh, I totally missed the obvious there”?  Of course, you have.  If you’re human, you’re probably wrong several times a day.

Sometimes we’re wrong because we have limited data; other times it’s because we have an emotional attachment to a particular outcome, and while that outcome may not be what’s best, it’s hard to let go. Whether the source of the error is external, emotional, or neurological, being wrong is a critical leadership skill. Not in the sense of the ability to be wrong; as humans, we’ve got that covered. I’m referring here to the ability to accept, and integrate, the possibility of being wrong.

Current neuroscience studies offer a lens into why we get things wrong – sometimes it’s our brain that’s perceiving things wrong, as when it tries to complete a sentence for us, based on what we’ve heard so far, but the sentence ends with a different conclusion. Sometimes it’s that a threat response has been triggered, but the situation turns out to be relatively harmless. Research data tells us that being wrong is a natural function, and that denying the possibility is not only counter to that data; it doesn’t serve us as we try to lead our teams to solve complex issues with higher thinking.

As leaders, we are called upon daily, to put forth opinions and decisions when we don’t have all the pertinent data at our disposal. That means, that at least some of the time, we’ll be wrong, as additional data emerges and our initial judgement doesn’t look as good as it once did. The critical leadership skill, then, is having the ability to admit that we were wrong, and accept the correct answer as better than our first attempt.

It is only in this state of openness that we can be open to the learning that being wrong offers us. We can adapt, going forward, and make better judgements in the future, all the while acknowledging that we will likely be wrong again. This ongoing mental process of judging, failing, learning, and adapting is also a critical leadership skill. And we can’t access the process if we can’t be wrong.

The challenge for leaders is the ability to be vulnerable – open to being wrong, and not losing the status that makes us leaders in the first place. Our senses tell us that no one wants to follow someone who is wrong, and so we bluster our way through our mistakes. We look for scapegoats, or excuses, or perfectly logical explanations for what we’ve done, or said, and our positions of power create the opportunity for others to collude with us in that blustering.

But, when we allow that to happen, we are blocking the learning that comes from making mistakes, owning them, and learning from them. As leaders, we have the opportunity to model vulnerability, and to normalize it in the workplace. When we are capable of that, we create teams that can be honest in their feedback to us, and to one another, critical of their own missteps, and constantly learning. And learning is where innovation lies.

Our current environment relies heavily on collaboration. The interdependencies in our work create this reliance, and that’s not likely to change any time soon. Collaboration, by its very nature, requires that we hold two distinct thoughts, simultaneously. First, that we have an opinion on an issue that we believe to be correct, and two, that others hold opinions that may also be correct. We can’t all be right, unless we’re all thinking the exact same thing, and that’s not likely. No two brains are alike, because we are hardwired by our experiences, and we each experience the world differently. You and I might have the same experience, but our brains will hard-wire that experience in unique ways, based on our past, unshared experiences.

Effective collaboration is only possible when we allow ourselves to let go of whose opinion is the right one, and think together toward creating the best possible solution. True collaboration  happens when we walk out of the room, flying high with the knowledge that we’ve solved a problem in the best way possible, but none of us knows who, exactly, came up with the solution. Because we were collaborating, we all did!

How do we balance the need to lead with the possibility that we are wrong? We can practice self-deprecation, for one, but that’s not always effective. In my work with leaders, I hear them say things like “I’m not the smartest person in this room” or “I’m sure that many of you have better ideas than anything I can come up with”. Are those statements demonstrating vulnerability? Yes, but they go a step too far. They undermine the trust that the team has in the leader, and raise questions about the leader’s ability to lead. No one wants to follow an incapable leader.

Another way to lead AND be vulnerable is to cultivate curiosity. Ask thoughtful, open-ended questions that get people to open up and share their thinking. Curiosity deepens thinking, and the more curious the leader, the more thought the team will put into creating the solution. We can suspend what we do know in service of learning more about what we don’t know. It takes practice. Curiosity is a muscle that needs building, through use, like a bicep, in order to be strong.  Curiosity, and vulnerability, require courage — and people want to follow courageous leaders.

Curiosity is a critical leadership skill. If we already have all the answers, and we believe that our answers are always the right ones, we have left no work to be done by our teams. We’ll experience this as dis-engagement, where the team doesn’t speak up, but just nods, and does what we have suggested be done. But they won’t really follow, they will just comply. No one wants to follow an incapable leader, and no one sees the need to follow a leader who already has it all figured out.

Who Cares About Organizational Culture? »