Helping Colleagues Solve Their Own Problems 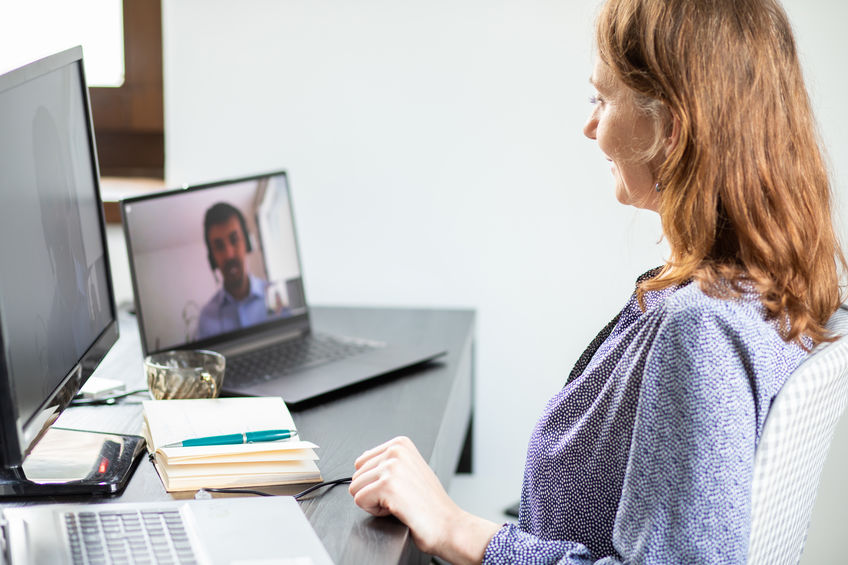 When a colleague’s behavior keeps the team from accomplishing its goals, one great way to get the work back on track is to have a coaching conversation.

Let’s say you’ve noticed that Carla often gets defensive when people ask about her projects during department head meetings. Today, Woody needed information about Carla’s project for his own parallel project. When he asked, Carla shut down: “I don’t know. I’m doing the best I can.”

Now everyone is uncomfortable, plus you’re all working without information you need.

The boss doesn’t seem to have noticed. Dealing with this issue just might be up to you.

Initiating a coaching conversation can be hard, but it’s one thing that has gotten easier in a virtual office. Just send a private chat during the meeting or an email right after to say, “Hey, do you have a few minutes?” The need to stay connected has been burned into our brains so much that this message is less likely to arouse suspicion now than before COVID.

When you talk with Carla, lead with curiosity. Keep your first question open: Not “What happened with you and Woody?” but “How do you think the meeting went?”

People often know what the problem is — and it might not be what you think. Maybe Carla doesn’t have a problem either with Woody or with sharing the progress of her projects, but she’s overwhelmed with managing her kids’ Zoom school alongside her own job. You can’t know until you ask — and really listen to the answer.

Let’s say the problem is with Woody. Maybe Carla gets defensive whenever anyone asks about her progress, but Woody sounds particularly condescending to her.

First, repeat back what Carla said in different words to make sure you understand.

Next, ask powerful questions to help her find a solution. For example, you might say, “What would help?”

Let Carla lead! If she says, “I should give that sexist so-and-so a piece of my mind!” don’t judge. Instead, ask another powerful question or two: “How will that help? What’s your role in this issue?”

With your help, Carla can arrive at a reasonable action step, for example, “I should talk to Woody about the way he asks about my projects.”

Now you spring the most important question: “When will you contact him?”

You’re working on accountability — but not in the sense that it’s usually defined in the workplace. Coaching accountability is about helping people follow through with their own decisions.

If she hesitates, likely she has set a goal that’s too scary. In that case, help her find an intermediate goal. “What would make it easier?”

Would it help to compare notes with someone else who was in the meeting? To role-play the conversation, with you playing Woody? You can throw out ideas, but don’t lead toward any one of them. You want Carla to say, “Yes! That’s what would help!”

Once Carla has decided on a step, ask again: “When will you do that?” Help her be accountable to her own goal by asking, “Would it help if we check in after that to see how it went?”

When that next conversation rolls around, ask another open-ended question, such as, “How did it go when you talked with Woody?”

If she says she didn’t, do not under any circumstances say “Why not?” That question oozes judgment. Instead, my go-to question is “What got in your way?”

And this time, Carla may well come to you. You’ve opened the door to a peer coaching relationship that will help Carla and, by extension, your whole team.

What are the differences between peer coaching and managing employees who report to you? What parts of the coaching process might be similar?

« How to Deal with the Most Annoying Person in the Office

What Would It Take to Get These People Engaged?? »