How Not to Be THAT Boss 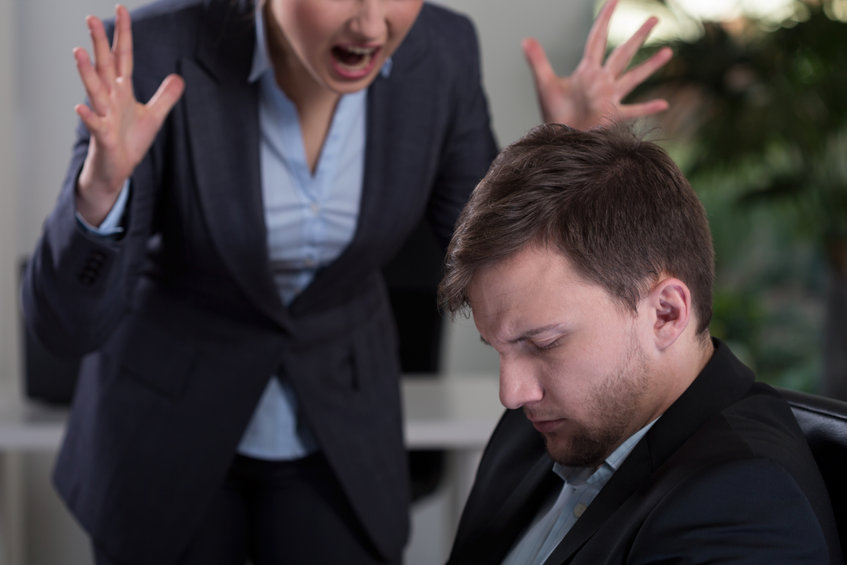 How comfortable are you giving corrective feedback to people on your team?

Would you be surprised to learn that your comfort level is directly proportional to the effectiveness of your feedback and how well it motivates people to do better in the future?

The outdoor pool had just closed for the season. April, the assistant director, had a break in her workload, so she thought she’d get in a few laps. The indoor pool was crowded, and she didn’t want to take up a lane, so she went to the outdoor pool.

Bad decision. There are cameras! Ron, April’s boss, came out to give April a piece of his mind.

“I can’t believe you’re here doing laps. Think how it looks to the members who aren’t allowed to swim here! It gives a terrible picture. Someone already stopped by my office to complain. And besides, when did you get in this morning? 9:30? And it’s now 11:30. You worked two hours, and now you think you deserve a break? This is not acceptable.”

By the end of this tirade, April was in tears.

I bet you see what Ron did wrong.

You probably also know the characteristics of effective feedback—that is, feedback that doesn’t make people cry but does motivate them to improve:

One problem is that many leaders are uncomfortable with correcting people. They put it off until something egregious comes up that has to be stopped immediately. Then, once they get started, they pile on everything they’ve been storing up: AND you came in late AND you take too many breaks AND you didn’t finish the report….

If Ron has allowed issues to accumulate, that’s on him as a leader. Right now, while April is in the outdoor pool, his only job is to get her out and make sure she knows that pool closures apply to employees as much as to members. He needs to decide to talk about other issues another time.

And when Ron does offer criticism, he can do it in a way that will help both him and April.

April can’t undo what she’s already done, and making her feel bad about it doesn’t motivate her to do differently. Instead, Ron could say, “In the future, I’d like you to put in at least three hours before you take a public break.” Now he has stated the rule and told her how to comply.

When coaching clients talk to me about giving feedback, at some point they usually say something like “I don’t want to be the jerky boss. I’ve worked for people like that, and that’s just not how I want to be.”

I answer, “So don’t be a jerk.” Enforcing rules, keeping people safe, getting people to do what they’re being paid to do—that’s not being a jerk. That’s being a leader.

When you need to correct someone’s behavior, think about your motivation. Are you trying to help the person grow and become a better employee? Or are you trying to feed your ego with some version of “I’m the boss of you”?

I know you know the “right” answer, but every leader needs to take that pause at least occasionally. Chewing someone out is hardly ever effective. So stop and ask yourself why you want to.

Stopping to question your motivation may be your first step toward feedback that actually helps the person change their behavior.

A corollary is that you should always be looking for times when you can praise employees for a job well done. Positive reinforcement is the most effective motivator. Positive feedback also provides context for–and cushions–any corrections you need to deliver.

4 Comments on “How Not to Be THAT Boss”

5 Ways to Think About Returning to the Office »